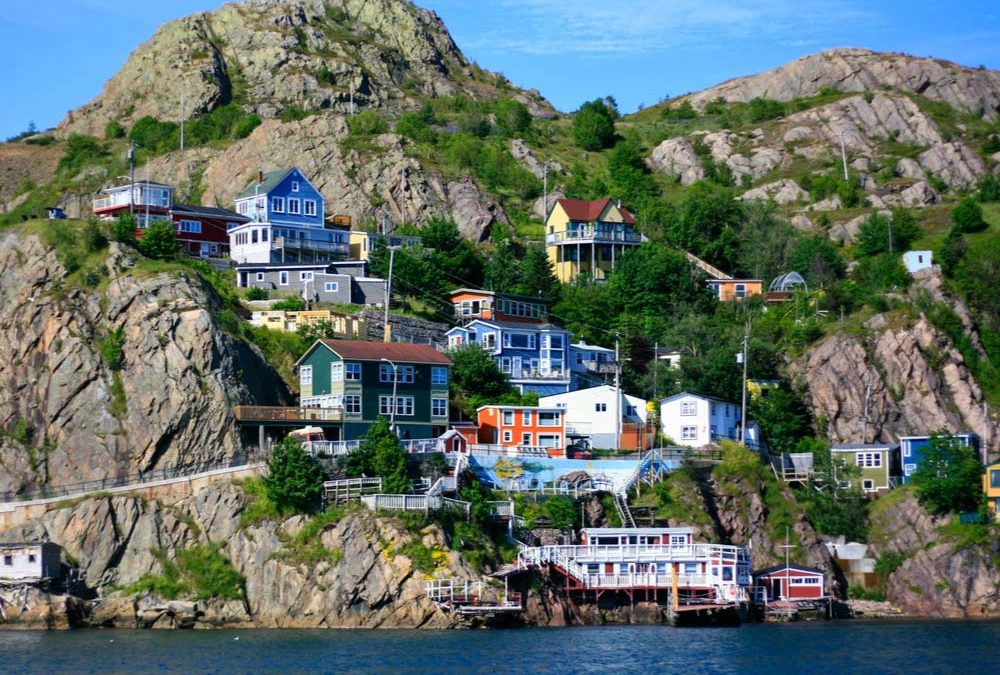 Along the easternmost part of Canada is Newfoundland – situated in complete and remote wilderness. A breathtaking island that at once captivates its visitors, with its dramatic mountain landscapes and coastlines, the area offers plenty of wildlife watching, land and sea exploration,, and a strong culinary scene.

Founded by the Vikings in the 11th century, there’s an interesting mix of both ancient ruins and modern buildings. Expect a dazzling array of lighthouses, colorful fishing huts, and a few castles. Walk in the Nordic footsteps at L’Anse aux Meadow National Historic Site and visit Cape Spear Lighthouse, the fishing port, for starters. If you’re a nature lover then Gros Morne National Park is a must where visitors can see remnants of ancient glaciers that have now formed carved out valleys and unique rock formations.

If you go between late May and early June, you’re bound to witness enormous blocks of ice dating back 10,000 years making their way from Greenland via Iceberg Alley. Explore 50 million year old fossils at the Mistaken Point Ecological Reserve and bear witness to the migration of humpback and minke whales. Observe puffins, coyotes, and bears which all inhabit various points of the island.

Perhaps seafood is the best known cuisine in Newfoundland though there are other goodies like toutons which is something like a donut served with molasses. There’s also a popular dish called Jiggs’ Dinner which consists of a pot of vegetables with beef.

When you’re ready for your next adventure, we’re here to book.