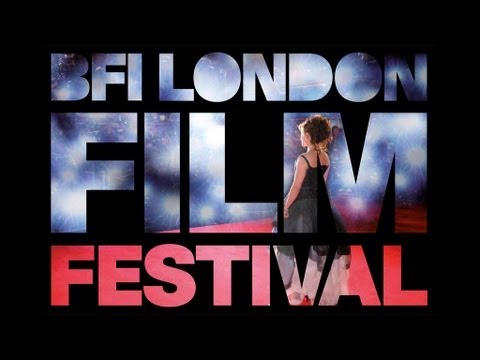 The festival (the LFF), currently in its 58th year, is run every year in the second half of October under the umbrella of the British Film Institute.

In 1953 a group of film critics including Dilys Powell of the The Sunday Times, raised the notion of a film festival for London. They reasoned that with Cannes and Venice having their festivals, as did Edinburgh, so surely London should too. However their aim was to pitch the new festival squarely at the public – giving audiences an opportunity to see movies which might not otherwise appear in British cinemas. Originally aiming to be a ‘festival of festivals’, it focused on screening a selection of strong titles from other European film festivals, including Cannes and Venice. The first London Film Festival was conceived by the then BFI British Film Institute Director James Quinn, and took place at the NFT (National Film Theatre, now renamed BFI Southbank) from 16–26 October. It was launched the day after the inauguration of the new NFT on its current site under Waterloo Bridge. It screened only 15-20 films from a renowned selection of directors, including Akira Kurosawa, Satyajit Ray, Yasujirō Ozu, Luchino Visconti and Andrzej Wajda. While the programme still retains the ‘festival of festivals’ feel, it also now shows new discoveries from “important and exciting talents” in world cinema. Whilst it continues to be first and foremost a public festival, it is also attended by large numbers of film professionals and journalists from all over the world. Importantly, it offers opportunities for people to see films that may not otherwise get a UK screening along with films which will get a release in the near future.

The festival is “topped and tailed” by the Opening and Closing galas which have now become major red carpet events in the London calendar and are world premiere screenings, which take place in large venues in central London, attended by the cast and crew of the films, and introduced by the Festival director and the film’s directors or producers, and often the actors themselves.

Previously a number of festival awards were presented at the Closing gala, but in 2009, with the aid of some funding from the UK Film Council, a stand-alone awards ceremony was introduced.

Other than these events the screenings at the Festival are quite informal and similar to the normal cinema experience except for two things; some films are accompanied by Q&A sessions which give the audience unique access to the film-maker and/or a member of the cast and offer insight into the making of the film and occasionally an opportunity for the audience to engage directly and ask questions; and the second aspect is that people generally stay and watch the credits.

The festival is divided into themes which cover different areas of interest – in 2009 these were; Galas and Special Screenings, Film on the Square, New British Cinema, French Revolutions, Cinema Europa, World Cinema, Experimenta, Treasures from the Archives, Short Cuts and Animation. In 2009 the Festival, whilst focused around Leicester Square (Vue West End, Odeon West End and Empire) and the BFI Southbank in central London, also screened films across 18 other venues – Curzon Mayfair, ICA Cinema on The Mall, The Ritzy in Brixton, Cine Lumière in South Kensington, Queen Elizabeth Hall on the South Bank, David Lean Cinema in Croydon, the Genesis Cinema in Whitechapel, The Greenwich Picturehouse, the Phoenix Cinema in East Finchley, Rich Mix in Old Street, the Rio Cinema in Dalston, the Tricycle Cinema in Kilburn, the Waterman Art Centre in Brentford and Trafalgar Square for the open air screening of short films from the BFI National Archive. The 2009 Festival featured 15 world premieres including Wes Anderson’s first animated feature, Fantastic Mr. Fox, Sam Taylor-Wood’s feature début Nowhere Boy, about the formative years of John Lennon, as well as and the Festival’s first ever Archive Gala, the BFI’s new restoration of Anthony Asquith’s Underground, with live music accompaniment by the Prima Vista Social Club. European premieres in 2009 included Jean-Pierre Jeunet’s Micmacs, Scott Hicks’ The Boys Are Back and Robert Connolly’sBalibo, as well as Umesh Vinayak Kulkarni’s The Well and Lucy Bailey and Andrew Thompson’s Mugabe And The White African.