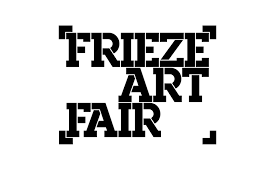 Although staged for the purpose of selling work, the fair has become a cultural entertainment event and out of its 68,000 visitors it has been suggested that 80% attend purely to spectate.The fair also commissions artist projects and holds a programme of talks.

In 2008, Deutsche Bank was the main sponsor of Frieze Art Fair for the fifth consecutive year.

In 2010, Matthew Slotover, co-founder of the fair, debated whether “art fairs are about money” with Louisa Buck, Matthew Collings, and Jasper Joffe for the motion and against the motion Norman Rosenthal, Richard Wentworth, Matthew Slotover. Joffe claims that his criticisms of Frieze Art Fair led to his work being banned from the fair in 2010.

In May 2011, Slotover and Sharp announced the launch of two new art fairs – Frieze New York, and Frieze Masters.

Since the mid-2000s, auction houses Christie’s, Sotheby’s and Phillips have expanded their mid-season contemporary sales that coincided with Frieze London