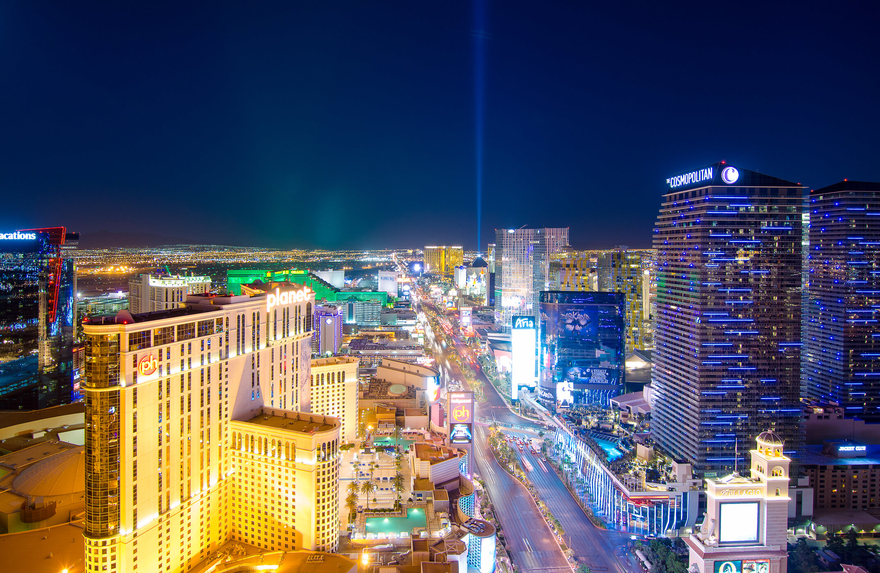 David Copperfield at MGM Grand
This iconic magician known as the master of illusions will showcase his magic at the 1,800 square foot David Copperfield Theater in the MGM Grand complex. He’ll be there all of November.

Penn & Teller
The world-famous duo, known for their unconventional blend of magic and comedy, are playing throughout November at Rio Las Vegas.

Tape Face
After debuting in 2016 in Las Vegas and being a finalist of America’s Got Talent, this stage performer will be seen at Bugsy’s Cabaret at Flamingo Las Vegas. Drawing from silent film, miming, magic, and puppetry, Tape Face has created a unique show that has risen in popularity since its inception.

Vegas! The Show
Enjoy this musical show that pays homage to Las Vegas legends, recreating some of the most famous performances and events in the city’s history. The Broadway-style production will be at Planet Hollywood Resort & Casino, with musical numbers, dance routines, and specialty acts all in one show.

Tom Green
The comedian and television star, most known for his MTV program “The Tom Green Show,” is performing his stand-up comedy routine in the Back Room at Bally’s Las Vegas all month long.

Elton John: “The Million Dollar Piano”
The iconic singer, songwriter and his band will perform exclusively at The Colosseum inside Caesars Palace, with his personalized piano serving as the centerpiece of the performance.

Britney Spears: “Piece of Me”
The world-famous pop star is back in Vegas inside The Axis at Planet Hollywood.

An Intimate Evening with Santana
Legendary guitarist Carlos Santana is performing at The House of Blues Las Vegas this month.
Looking for your Las Vegas package? Contact us.