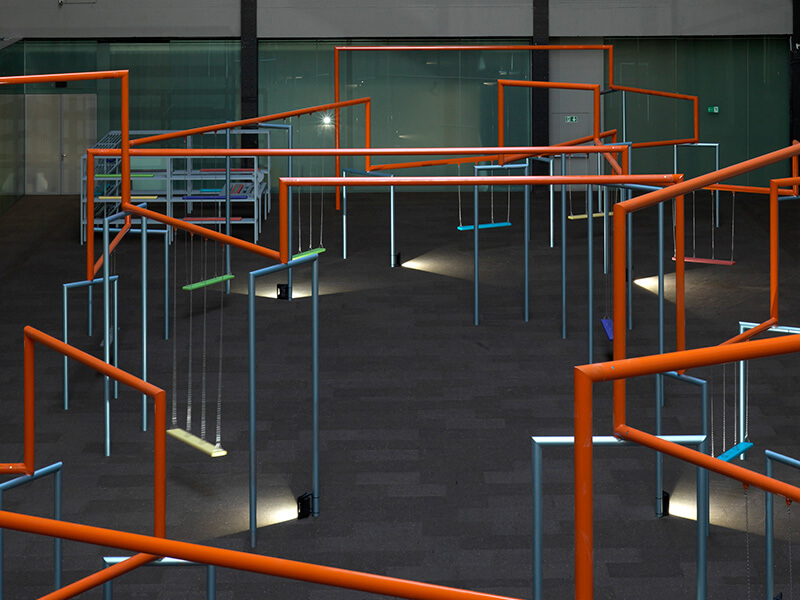 Rachel Whiteread at the Tate Britain – Through January 21, 2018
The first female artist to win the prestigious Turner Prize for art, Rachel Whiteread is known for her evocative sculptures ranging from the intimate to the monumental, many in the form of everyday objects.

Basquait: Boom for Real at the Barbican – Through January 28, 2018
This is the first large-scale exhibition in the UK of art prodigy Jean-Michel Basquiat, one the biggest young artists of his generation whose career stopped short when he died of a drug overdose at age 27. His celebrated combo of graffiti, art and poetry are on display along with collaborations with Andy Warhol and Keith Haring.

SUPERFLEX at the Tate Modern – Through April 2, 2018
Check out The Tate Modern to see how artists’ collective SUPERFLEX have filled Tate Modern’s Turbine Hall with swings: an orange line of swings weaves through the Turbine Hall then crosses the gallery and emerges in the landscape to the south of the building. Each swing has been designed for three people by the Danish artist group.