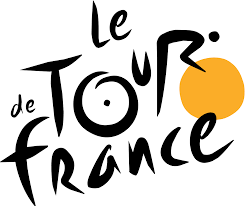 The race was first organized in 1903 to increase paper sales for the magazine L’Auto; it is currently run by the Amaury Sport Organisation. The race has been held annually since its first edition in 1903 except for when it was stopped for the two World Wars. As the Tour gained prominence and popularity the race was lengthened and its reach began to extend around the globe. Participation expanded from a primarily French field, as riders from all over the world began to participate in the race each year. The Tour is a UCI World Tour event, which means that the teams that compete in the race are mostly UCI ProTeams, with the exception of the teams that the organizers invite.

The Tour de France, the Giro d’Italia and Vuelta a España make up cycling’s prestigious, three-week-long Grand Tours; the Tour is the oldest and generally considered the most prestigious of the three.Traditionally, the race is held primarily in the month of July. While the route changes each year, the format of the race stays the same with the appearance of time trials,[1]the passage through the mountain chains of the Pyrenees and the Alps, and the finish on the Champs-Élysées in Paris.The modern editions of the Tour de France consist of 21 day-long segments (stages) over a 23-day period and cover around 3,500 kilometres (2,200 mi).The 2014 edition consisted of 9 flat stages, 5 hilly stages, 6 mountain stages with 5 high-altitude finishes, and 1 individual time-trial stage.The race alternates between clockwise and anticlockwise circuits of France.

The number of teams usually varies between 20 and 22, with nine riders in each. All of the stages are timed to the finish; after finishing the riders’ times are compounded with their previous stage times. The rider with the lowest aggregate time is the leader of the race and gets to don the coveted yellow jersey.While the general classification garners the most attention there are other contests held within the Tour: the points classification for the sprinters, the mountains classificationfor the climbers, young rider classification for riders under the age of 26, and the team classification for the fastest teams.