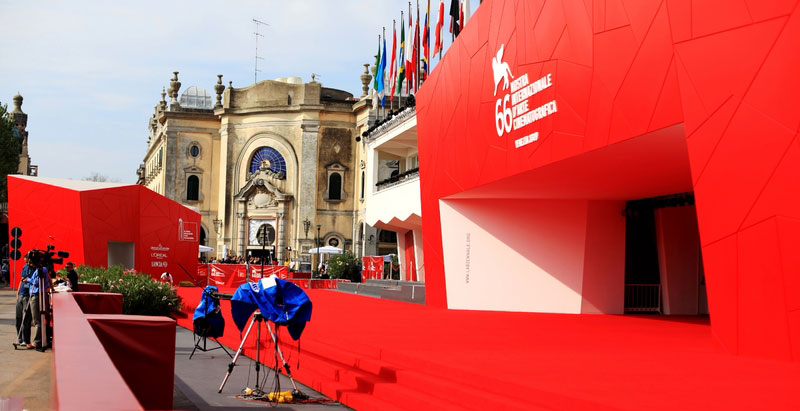 The Film Festival’s current awards are:

Awarded to the best film screened in competition at the festival

The Silver Lion is awarded to the best director in the competitive section Venezia (plus the number of the edition).

The Volpi Cups are awarded to:

Formal awards for best actor and best actress have been given since 1934. In the mid-1990s awards were also given to supporting actors and actresses.

The “Marcello Mastroianni Award” was instituted in 1998 in honor of the great Italian actor Marcello Mastroianni who passed away in 1996. The award was created to acknowledge an emerging actor or actress, and can be compared to the “Volpi Cup”, the award for Best Actor and Best Actress. [3]

The Jury may also choose to award a ‘Special Lion’ for an overall work to a director or actor of a film presented in the main competition section.

is open to all “custom-format” works, with a wider view towards new trends in the expressive languages that converge in film. The awards of the Orizzonti section are:

presents a panorama on Italian cinema with 7 narrative feature-length films, 7 short films, and 7 documentaries, all world premiere screenings and all in competition in their respective categories. The awards of this section are:

Lion of the Future

Award for a debut film.

A Special Jury Prize is awarded to one or two films in most years.

There are two Golden Osella Prizes: for Best Technical Contribution (to cinematographers, composers, etc.) and for Best Screenplay.