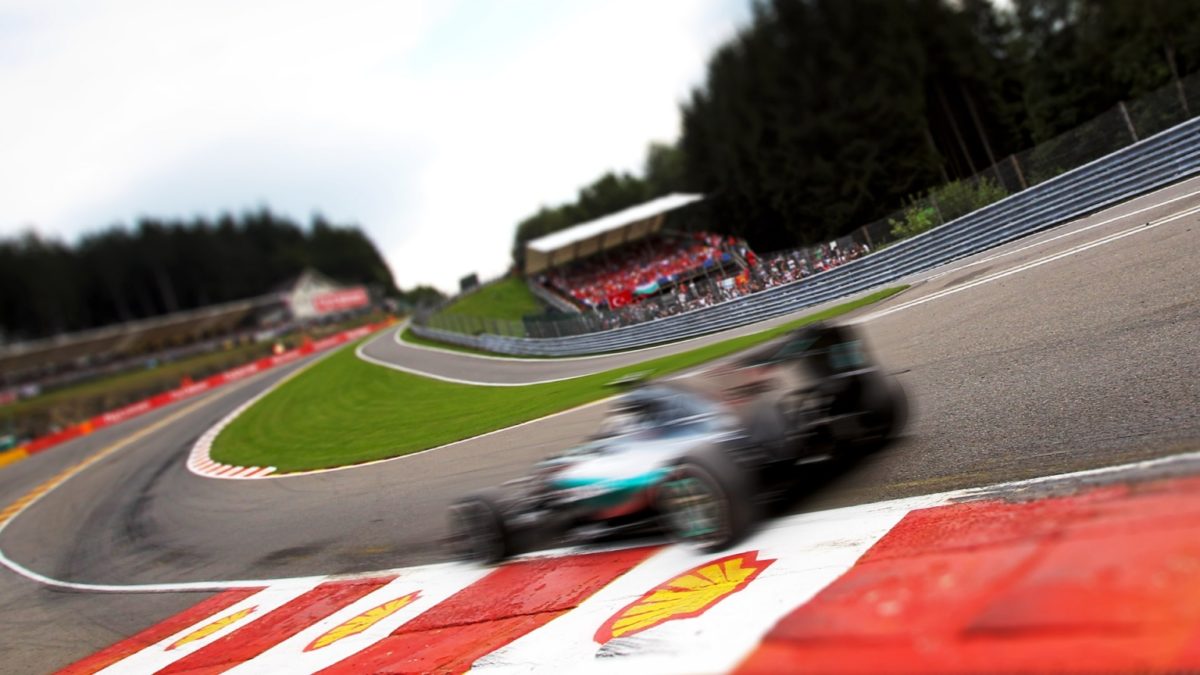 The Circuit de Spa-Francorchamps motor-racing circuit is the venue of the Formula One Belgian Grand Prix, and of the Spa 24 Hours and 1000 km Spa endurance races.

It is also home to the all Volkswagen club event, 25 Hours of Spa, run by the Uniroyal Fun Cup. It is one of the most challenging race tracks in the world, mainly due to its fast, hilly and twisty nature. Spa is a favourite circuit of many racing drivers and fans.

Despite its name, the circuit is not in Spa but lies in the vicinity of the town of Francorchamps completely within the boundaries of the municipality of Stavelot. Designed in 1920 by Jules de Thier and Henri Langlois Van Ophem, the original triangle-shaped course used public roads between the Belgian towns of Francorchamps, Malmedy, and Stavelot. The track was intended to have hosted its inaugural race in August 1921, however this event had to be cancelled as there was only one entrant.The first car race was held at the circuit in 1922, and two years later saw the first running of the now famous 24 Hours of Francorchamps race. The circuit was first used forGrand Prix racing in 1925.

The old Spa circuit was essentially a speed course with drivers managing much higher average speeds than on other race tracks, a factor that made Spa very popular from its inception. Back then, the Belgians took pride in having a very fast circuit, and to improve average speeds, in 1939 the former slow uphill U-turn at the bottom of the Eau Rouge creek valley, called the Ancienne Douane (until 1920, there was a German Empire customs office here), was cut short with a faster sweep straight up the hill, called the Raidillon. Until 2000, it was possible to travel over the race track when it was still a public road. At Eau Rouge, southbound traffic was allowed to use the famous uphill corner, while the opposite downhill traffic had to use the old road and U-turn behind the grand stands, rejoining the race track at the bottom of Eau Rouge.

The old race track continued through the now-straightened Kemmel curves to the highest part of the track (104 metres above the lowest part), then went downhill into Les Combes, a fast, slightly banked downhill left-hander towards Burnenville, passing this village in a fast right hand sweep. Near Malmedy, the Masta straight began, which was only interrupted by the fast Masta Kink between farm houses before arriving at the town of Stavelot. Then the track blasted through an uphill straight section with a few kinks called La Carriere, going through 2 ultra-fast turns (an unnamed right-hand turn and then Blanchimont) before braking very hard for the La Source hairpin, and that rejoined the downhill start finish section as opposed to today where the start-finish section is before La Source.

Spa is located in the Belgian Ardennes countryside, and the old circuit was (and still is) used as everyday public road, and there were houses, trees, electric poles, barnyards, fields and other obstacles located right next to the track. Before 1970, there were no safety modifications of any kind done to the circuit and the conditions of the circuit were, aside from a few straw bales, virtually identical to everyday civilian use. Former Formula One racing driver and team owner Jackie Oliver was quoted as saying “if you went off the road, you didn’t know what you were going to hit.